I want to tell you a story.

This story takes place on a TU Dublin campus. The main character of this brief tale will be called Jamie. One Tuesday morning, after a night out with his course at the unofficial college bar, Jamie makes his way onto campus. He takes the bus and DART. He passes through the automatic doors of the main building and reaches the elevator.

He finds a sign slapped onto the elevator doors: Out of Order.

His class is on the second floor. He looks to the staircase nearby. He wonders how he’ll get to his lecture which starts in a mere five minutes. He wonders this, because Jamie is a wheelchair user. And the only accessible means of him accessing education has been taken away in an instant.

The most shocking part of this story? It’s true. It happened a few weeks ago. The video went up on Instagram by this wheelchair user to indicate the reality of inaccessibility.

Now, what did this individual do? Several things. Firstly, he had to ask someone to carry his wheelchair up several flights of stairs for him. Secondly, he had to take the steps, one at a time, dragging himself up. Thirdly, he had to arrive into class late.

This person is independent, and capable, and yet is still forced to do all of this, just to attend a lecture that naturally isn’t being recorded (god forbid). Many wheelchair users don’t even have this option, and even if they did, it shouldn’t be an option they need to consider. Ever.

This, my friends, is called inaccessibility. And it gets worse.

I mentioned at the start of this story that Jamie passes through the automatic doors every morning. These automatic doors don’t always work. This means that often times Jamie, our wheelchair user, must use the revolving doors. Now, just for a moment, envision that process. And keep in mind that while Jamie can feasibly do this, someone in an electric wheelchair quite literally could not due to the size of the chair. But again, even if they could, they shouldn’t have to. Ever.

We all desire independence. We all want to be able to live our lives with a relative level of freedom. And yet we strip those with accessibility needs of their independence on a daily basis. And yes, it is our collective fault, actually.

Because wheelchairs don’t disable people. The world disables people. The world that able-bodied people designed, and continue to maintain. And by using statements such as ‘Just get someone to help them’ instead of fixing things that are broken, we are perpetuating a lack of independence. Something we all desperately crave.

The story of Jamie continues, by the way. Before Jamie can question whether he’ll have to climb several flights of stairs, or whether he’ll be able to get through the front doors of a fucking building, he has to actually get onto campus. Now for those of us who don’t live in financially crippling city accommodation, we tend to rely on public transport. Jamie is one of these people. Every morning, he takes a bus and DART to college.

The plague of inaccessibility continues; Jamie can’t just sprint for the bus, stand crushed up at the front, and allow people to squeeze by at every stop. He has a singular designated spot on the bus that he sits in. According to Transport for Ireland’s Policy, each Dublin bus has space for 90 able-bodies people and just 1 wheelchair user.

We don’t think about these things, because it doesn’t affect us. It doesn’t affect me directly, either. So until recently I didn’t think about these things. Not until I met our protagonist, Jamie. Jamie, who was on the bus home one day when another wheelchair user attempted to get on. The bus driver told them the space was already occupied and that they would have to wait for the next one. If anyone’s familiar with the 175 bus, it’s sporadic and half-hourly at best. It was also raining. So Jamie got off, and let the other person on. Jamie wheeled themselves several kilometres home in the pouring rain.

But he shouldn’t have to. Ever.

Aside from the joys of Dublin Bus and its speakers blaring ‘WHEELCHAIR. RAMP. OPENING’, Jamie must also take the DART into college every morning. The reliable DART! With the immense gaps between the open doors and the platform. Where you might need to question how anyone in a wheelchair could possibly get on. Of course, they could sacrifice their independence and get help. But guess what?

They have to call the station a minimum of four HOURS in advance to get any sort of assistance; it used to be 24, before the previous minister for disability got it reduced. Now, do you all plan your lives out perfectly every single morning and evening, without ever deviating from your neurotic schedule? Because, shockingly, I don’t. People with accessibility needs shouldn’t need to, either.

Now, this is assuming the lifts to the station platforms actually work. I follow a page on Instagram that each day highlights all of the stations with broken lifts (which are therefore inaccessible). Let’s take the 26th October, a Tuesday, when the following stations had out-of-service lifts: Clontarf, Howth Junction, Leixlip Louisa Bridge, Bray, Clonsilla, Monasterevin and Athlone! SEVEN. STATIONS. How do you plan your life around an inadequate world that in itself doesn’t even function adequately?

I won’t even begin to talk about the ‘wheelchair ramps’ for some of these stations; imagine walking severely uphill in crutches for several minutes and get back to me. Pushing your entire body weight via a wheelchair all day is exhausting. Let’s not make it worse.

So you’ve heard all about Jamie’s morning; how he gets public transport, how he gets through the front doors of his campus buildings, and how he gets up the stairs. How about the night out he went on at the unofficial campus bar in Tallaght? All of his friends go there. Only issue? There’s no wheelchair accessible bathroom. Throw your hands up if you’ve ever gone an entire night out without once using the bathroom. Exactly.

HOW is someone who uses a wheelchair meant to go on a night out when such a simple privilege we take for granted is removed?

Now, Jamie is independent and agile. He can manage to use the urinals given enough time. Don’t ask me how, but he does. He’s an inspiration to me. That being said, nobody wants to have to use a urinal for an extended period of time while random guys stare. Which they have. Many times. As someone who’s able-bodied, urinals literally horrify me. So I cannot imagine being made to do this when wheelchair accessible bathrooms are MEANT to be present. As well, most wheelchair users cannot do this. Especially if they’re not someone who feels comfortable using the bathrooms deemed ‘male’.

Jamie deals with all of this on a weekly basis. All of the calls, the obstacles, the assistance, the inaccessibility. He doesn’t even dare think about all of the inaccessible Victorian style buildings (even when ‘renovated’), the uneven cobblestoned streets, the infamous ‘kissing gates’, the people who lock their bikes and block pathways, or cars that park on the curb. He doesn’t want to think of the photos below (taken from the Irish Instagram page ‘access_for_all_Ireland’), because to all of those reading, remember that wheelchairs are big. You can’t just make yourself fuckin’ skinny when trying to pass by a massive van blocking the entire path.

This article has one primary goal: to spread awareness.

These issues exist all around us, and once we start to notice the problems in the privileged able-bodied world we take for granted, we can start to fight for change. Because while we may claim “Well it’s the same in every country, that’s just life”, remember this fun statistic: Ireland’s at risk of poverty rate for disabled people is 23%. In Denmark it’s half of that.

We can do better. So, so much better. The ERSI reports that just 36% of Irish working-age disabled people are in employment; one of Europe’s lowest rates. We are winning and losing all of the wrong statistical games.

So remember this. Nobody plans to develop accessibility issues. The same way nobody plans to catch a cold, or develop meningitis as a baby. So instead of turning a blind eye, develop a critical one. You’re all too intelligent to ignore the inaccessible world we all live in. 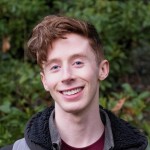