Britney Spears, an actual icon, legend and star. Hero to the gays. Resident in your mind rent-free since her debut in 1998, is in trouble, big trouble, and highlights the abuse of power and control over somebody.

To give some background to the story, Britney Spears has been under a conservatorship ruling by courts (placed into guardianship/custody) for the past 12 years, after starting an extremely important conversation about mental health, celebrities and how we react to people looking for help. A punishment for seeking help in other words. We (the public) know very little around the details of the conservatorship as the full extent of the arrangements have never hit the public eye, and those who are enlisted as her father and attorney are keen to keep it away from the public eye. However, what is known, is that Britney Spears essentially cannot even use her social media without consultation and approval from her conservators, her autonomy is non-existent, and she is unhappy.

A conservatorship is legal guardianship granted by the courts for people who do not have the ability or are not in a capacity to make decisions for themselves. Conservatorships are quite common in the USA, and are usually granted to family carers of those who are living with dementia.

Britney Spears was placed in a legal conservatorship in 2008 after going through some incredibly personal struggles with mental health, not aided by the media’s obsession with every crack that would appear in the icon’s personal image due to the immense pressure being placed on her.

The tag #FreeBritney can go back as far as 2009 where fans were not happy with the decision of the courts and campaigned to release her from her conservatorship. The campaign has since grown into somewhat of a giant conspiracy theory, that, really isn’t so much conspiracy and more-so highlights very important topics that we need to have a broader conversation on as a society, those topics are;

These topics ring loud and clear throughout the Free Britney campaign. Britney Spears has been through enough and fans are demanding she be released from her conservatorship sooner rather than later. The #FreeBritney campaign gained huge following in late 2018/early 2019 when Britney had began reportedly struggling to keep positive mental health and then later checked into a Mental Health Centre for a while to help focus on herself, her recovery and her growth.

2020 is the year that #FreeBritney took flight, as only a few days ago, her conservatorship was up for review, with many fans alleging that she is unhappy, with one fan leaving a hugely liked comment on a TikTok video to “wear yellow” if she needed help, only for Britney to do just that and acknowledge in the description it was her favourite yellow top, something a bit unusual for the pop icon to do. This along with deleted scenes from years ago talking about the conservatorship from a DVD project she was working on citing how unhappy she was.

The important takeaway from the conservatorship and Britney Spears is that she is a 38 year old woman, who has conquered the world, released multiple #1 albums, a Vegas residency, incredibly routines in choreographed shows, been a judge on the X-Factor and so much more, she is a singer, songwriter, dancer, performer, mother and one of the least problematic celebs we’ve seen in a hot minute. Britney Spears is being punished for having poor mental health in 2008, 12 years later, she can’t even buy a Starbucks without getting permission. This highlights guardianship abuse.

Since the court date, she was due to appear remotely, with leaked documents saying she was not present. Fans have been saying this was blocked by her conservators in an attempt to retain control of her $59m+ estate, which, is fully within their rights as conservators.

Britney Spears’ next hearing will take place on August 19th, 2020. Currently the courts have ruled that the public have absolutely no business prying into this, essentially putting a barricade up against the #FreeBritney movement.

If you want to show your support for Britney, make sure to use the tags #FreeBritney.

In Ireland, many people gain guardianship of elderly people. Here is some really useful information regarding Elder Abuse as mostly guardianship allocated by courts are to that of elderly individuals. 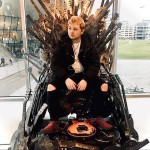