Direct Provision is a system of asylum seeker accommodation used in Ireland. The system has been heavily criticised by human rights organisations as illegal, inhuman and degrading.

The average length of stay in Direct Provision is more than two years, but many people end up living for 10 years in unsuitable conditions.

Physical and mental health issues among residents are very common. Asylum seekers are five times more likely to experience mental health issues and psychiatric conditions. In a study carried out by the Royal College of Surgeons, researchers found the length of the asylum process was associated with an increase in psychiatric disorders. Dr. Joan Giller, writing for the Irish Times, has worked with residents in the direct provision system, is not surprised at the high incidence of mental health problems, she wrote for the paper:

“I have witnessed the change in the past five years in many people: from hope, to anger, to despair. And when people stop struggling to try to improve their conditions, then we should become very worried about them”

Cultural and financial barriers to accessing third-level education impact heavily on asylum seekers and refugees in Ireland.  Even if children living in Direct Provision have come through the Irish Primary and Secondary Education System, asylum seekers have no access to free fees and are seen as International Students, for which fees can range from €9,000 – €49,000 a year, depending on what course you are doing. It means that after the Leaving Cert many are left living in limbo waiting for their status to be changed so they can move forward with their lives. We are calling on TU Dublin to act now and to put in place supports such as full scholarships and annual bursaries to cover travel and expenses. TU Dublin should endeavour to follow other higher education institutions such as UCC, DCU and UL who have all been designated as Universities of Sanctuary for their work.

What can I do to Help? 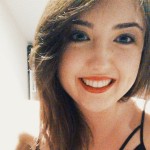