How many times have you heard things like “they were dancing like this, or dressing like that, so it means they were asking for it?” Or even  “they were staring at me like begging me?” How many times did you have to help a friend to get rid of a creepy person who was insisting over and over after being rejected more than once? How many times, in that same context, have you done something you didn’t really want to do?It can be really difficult to interpret signals, those indications.

You can consider yourself a killer with regards to understanding that language, you will never be 100% sure. But actually it’s not that difficult. There’s a magical thing that changed it all, something that will really help you being way more comfortable. It’s called affirmative consent, and you don’t need an app to use it (although there is one out there it doesn’t fit so well with the concept itself, we can talk about that in another article).

It’s so easy. You just have to ask at every step you take so that you make sure that all assumptions you said to yourself are real and true and everyone is happy with what’s going on or about to happen.

I would add to that that verbal consent is way more reliable and clear though.
The popular slogan of “no means no” is amazing, but I prefer the formulation from an affirmative perspective: “yes means yes”. Because it enlightens the fact that we have to be communicative instead of focusing on the lack of communication.

We need to strengthten the laws around these kind of issues of course, but education is where it all starts.

Movies, television, song lyrics and pornography shape sexual scripts and even the most enlightened millennial may have a warped sense of how a date should play out.
Source

We have to admit that the practical use of affirmative consent can be odd at first but it’s all about getting used to it and evolve as human beings. It’s just like when our parents where youngsters, where it wasn’t that common to kiss your partner in front of your parents and now it mostly is, for example. I mean it’s not like you have to set up your alarm clock every ten minutes to remember you have to ask for permission or writing a speech to remember what words you must say. It’s about showing that you respect and care about the other person, which turns out to be really beatiful. You can do that with a few words. It’s not that difficult, you know? 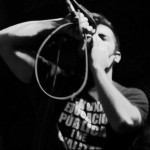