On Saturday thousands of students gathered in Trinity’s front square in order to take part in the March for Choice.

Blistering sun and clear skies greeted students in the square and prevailed all the day long. This year’s student turn out for the march trumped last year’s, when 300 students attended. This year’s soar in numbers is proof of the growing popularity of the pro-choice campaign within third level. Students from colleges from all over the country were in attendance including UCD, DCU, UCC, NUI Galway, Waterford Institute of Technology and Tralee Institute of Technology. Creative banners and t-shirts citing slogans such as “my womb, my way” were striking and prevalent.

The chants and cries of those who attended the Strike 4 Repeal march back in March 2018 were appealing for a referendum. The intent of last Saturday’s march was different; Taoiseach Leo Varadkur recently set an indicative timescale of early summer 2018 (May or June) for a referendum, a significant milestone in the pro-choice campaign’s journey. At present, the Eighth Amendment of the constitution grants equal rights to both a pregnant woman and an unborn child. In 1983, a clause stating that the state recognises an unborn child’s right to life was added to the constitution,

With the guarantee of a referendum in place, people marching on Saturday marched with the intent of spreading awareness and engaging the Irish public with the issue.

The referendum promise lingered in the air of Trinity’s front square as speeches were made by the USI before the crowd made their way to the Garden of Remembrance. “We must stop shipping our shame across the Irish Sea” exclaimed President of USI Michael Kerrigan in his powerful opening speech. Vice President of USI Síona Cahill’s words were equally chilling “Today, once again, we are the collective ovary, and we cannot let the government sashay away from this anymore because this isn’t political theory. It isn’t a philosophical debate, it’s about real people.”

…this isn’t political theory. It isn’t a philosophical debate, it’s about real people.

As the students left Trinity’s front square to join the other campaigners by Parnell Square, there was a true sense of unity and optimism in the air. DITSU kept spirits high with chanting and singing as the group trekked up O’Connell Street; Diarmuid Cleary played up-tempo music while Jess Morris lead the chanting through a megaphone.

At the Garden of Remembrance, students were greeted by allies in a sea of signatory black ‘REPEAL’ jumpers and colourful banners. Amongst the swarm of protestors were delegates and organisers from Labour, Sinn Fein, the Social Democrats and People Before Profit. Additionally, representatives of Queen’s University Belfast and other Northern Irish pro-choice groups were in attendance.

At 2pm, almost 30,000 people in total flooded the streets of Dublin as they marched down O’Connell Street, along the river Liffey and past the Custom House towards Dáil Éireann. The huge mass of people was particularly prominent at one stage of the march as the crowd extended from the spire on O’Connell Street all the way to Pearse Street.

The pro-choice campaign’s presence wasn’t only felt in Ireland; over 20 cities all over the world held solidarity events in support of the march including London, Berlin, Montreal and Melbourne amongst others.

As the crowd reached their final destination at Merrion Square, the sense of unification and unanimity in the air was evident. It was hard not to feel elevated by the general sentiment of optimism and buoyancy that surrounded the crowd throughout the day.

While the pro-choice campaign’s journey is not over yet, the vast number of people present at the March for Choice on Saturday was certainly proof of its ever-growing popularity. 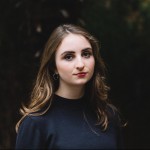