Writing about my own experiences so far has been amazing. But my experience is not the only mature experience out there. For this article, I have interviewed the only other mature student in my course to see if there is a different side to being a mature student from someone who is in the same degree programme as myself. I now introduce you to Michael Coyne…

So, who are you and what’s your story so far?

My name is Michael Coyne, I am 34 and I have been studying media since 2001. After finishing secondary school in Kilcock, Co. Kildare I took up a city and guilds course in Art and Murals which lasted for one year. In 2003, I attended a Fetac Level 5 in Video Production, Sound Engineering and Photography with the Media Initiative Collective. Following completion, I applied for the Higher National Diploma in Film Operation at B.C.F.E, a two-year program. In 2006, I attended DKIT to undertake a BA in Video and Film, I graduated in 2010. In 2011, I married and had two children, my first a son in 2012 and then my daughter born in 2014. I returned to education in 2015, I was granted advanced entry into a BA in Visual and Critical Studies at DIT, which I am currently attending and will complete at the end of the semester in 2017.

What is your background behind the decision to come to DIT as a Mature Student?

I made the decision to return to education as a mature student at DIT for the purpose of attaining an honours degree which would be necessary for progression to a master’s degree and eventually a PHD, the aim being to reach the level of education required in order to become a lecturer at third level institutions.

We’re about to complete our final year at University level, how has the experience been for you?

My experience of returning to education has been very positive, the staff and fellow students at DIT are welcoming, encouraging and professional. Any reservations I might have had about returning to education in my thirties dissipated quickly, initially, I had been apprehensive about the decision as I had been concerned about feeling out of place given my age. However, I would find that many people had returned to education as mature students and that my decision had not been as uncommon as I had originally assumed.

As a Mature Student in your 30’s how has it been for you compared to my experiences that I have written about so far?

I honestly don’t regret my decision to return to education as a mature student, everyone picks options which work best for them.

I know many who progressed to University straight from secondary school and as many again who opted to instead take up full-time employment. All would say they made the right decision which worked best for them and their goals.

What’s next after graduation and will there be any difficulties post graduation in regards to work or further education for a mature student like yourself?

I intend to progress my education, I began my first degree in film in 2006. At that time, the perception in Ireland had been that the economy would continue to boom and employment was guaranteed in every field. However, the financial crisis in 2008 exposed the fragility of those perceptions. By the time I graduated in 2010, the fortunes of Ireland had completely shifted resulting in swathes of my generation emigrating to seek opportunities abroad. I realised my chosen career path of film production in Ireland would need to be reconsidered, I decided after marriage that a more stable career would be necessary. The choice of pursuing a career as an educator manifested from the desire to channel all of my previous education and skills into a field where they might still be relevant.

My final question would be, most importantly, what advice would you give to your peers thinking of getting back in education?

My advice to those considering a return to education would firstly be to ignore reservations about feeling out of place due to age, you will find such perceptions to have been unnecessary as many people of all ages are in fact attending University. Secondly, although it may sound obvious you should select a field of study which you are interested and will lead to the career path you intend to pursue.

Many thanks to Michael for giving me the opportunity to interview him. Hopefully this encourages more people who may be hesitant about the idea of coming back to study.

Watch this space for my final article of this feature on how I feel about finally Graduating coming very soon! 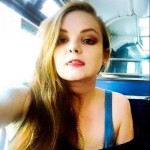